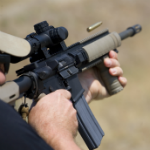 7 Foxtrot offers training from basic rifle marksmanship and safety to the tactical and defensive employment of the AR/CAR-15 rifle platform. 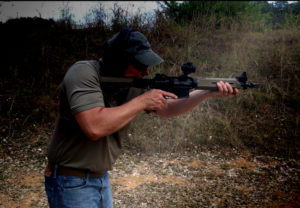 The most popular rifle in American!

The AR-15 (AR – ArmaLite Rifle) family of rifles is one of the most popular rifles in America.  The US military variant is known as the M-16.  It is estimated that there are over 4 million AR-15’s owned by law abiding citizens in the US.  The AR-15’s reliability, performance, and accuracy provide many with the confidence needed while using the rifle for sporting, hunting, or self defense purposes.  The modular capability of the rifle is one of the main reasons it is so popular.  Many choose the smaller barreled or carbine version known as the CAR-15.

7 Foxtrot has an immense knowledge of this rifle having used it and many different variants while in the Marine Corps since 1987.

The right of the people to keep and bear arms shall not be INFRINGED.  a well regulated militia, composed of the body of the people, trained to arms, is the best and most natural defense of a free country.