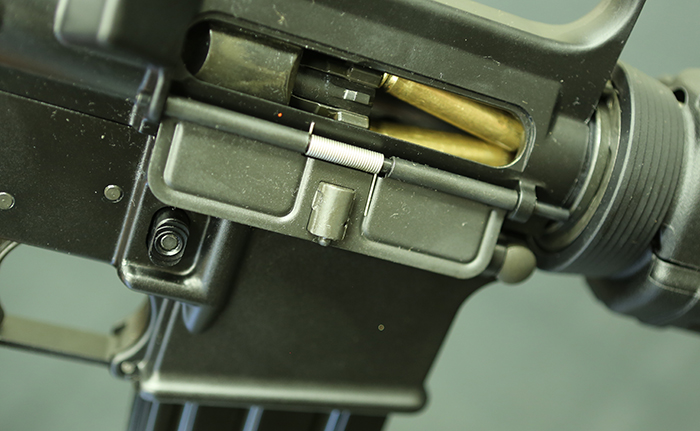 Before you can begin learning how to handle a firearm stoppage you need to know the following definitions:

In-Battery: The condition of the semi-automatic or automatic weapon in which the breeching mechanism, bolt or slide, is all the way forward and in the proper position for firing.

Out-of-Battery: A term describing when the breeching mechanism, bolt or slide, is not sufficiently closed to safely support the cartridge or seal the action to be in the proper position for firing.  This term is applicable to when the breeching mechanism is only slightly out of position or when it is locked fully to the rear as on an empty magazine or somewhere in between the two.  Being out-of-battery by as little as 1/8 inch will cause a failure to fire.

Malfunction: The stoppage of a firearm where it is rendered inoperable and not able to be remedied by normal malfunction clearance/immediate action procedures or cannot be cleared without the use of tools or without disassembly of the weapon.

Stoppage: Failure of the weapon to function as designed because of a mechanical defect or shooter induced condition.  A stoppage can be cleared by performing correct immediate action/remedial action procedures and does not require the use of tools or disassembly of the weapon.

Failure to Fire:  Also called a Misfire - this occurs when the trigger is pressed, the sear releases the hammer or striker, and the firing pin or striker hits the cartridge, but it does not fire.  There is an indentation on the round’s primer or rim, but there is no bang.  This can also occur when the operator fails to load a round in the chamber by not seating the magazine all the way in the magazine well.

“Hang Fire” occurs when you press the trigger and it takes several seconds for the round to fire. It does fire, but there is a delay between the time the firing pin hits the bullet’s primer and when the round goes off.  The primer goes off, but the main propellant in the cartridge doesn't burn right away and it burns slowly until it builds up enough pressure to push the bullet out of the crimp of the cartridge and out of the barrel. This may take a few seconds to accomplish. It is VERY IMPORTANT to keep the gun pointed in a safe direction for at least 30 seconds to see if the Hang Fire round goes off when in certain training situations.  Also, KEEP YOUR FINGER OFF THE TRIGGER, never turn the handgun in any unsafe direction, and ALWAYS keep it pointed down range.

Squib Load:  A squib load is an extremely dangerous malfunction that happens when a fired projectile does not carry enough force and becomes stuck in the gun barrel instead of exiting it.  In the case of semi-automatic or automatic weapons, this can cause successive rounds to be fired into the projectile obstructing the barrel, which can cause catastrophic failure to the structural integrity of the firearm, and pose a threat to the operator or bystanders. 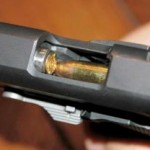 Failure to Eject: The fired case is pulled from the chamber by the extractor, but not fully ejected through the ejection port, causing the slide to lock partially open on the empty case. Sometimes the case is trapped by the slide and held in an upright position with the empty open part of the case pointing up like a chimney of a stove. Thus, the nickname for this failure of “Stovepipe.”

In upcoming BLUF posts - Immediate Actions/Remedial Action procedures for a handgun or a rifle.